Dead and Company Live at the Toyota Amphitheatre Wheatland CA. 7/29/2016

It was just over a year ago in Chicago, the Grateful Dead wrapped up playing the last notes of “Attics of My Life, as a farewell to their fans. The band consisted of the remaining core 4 of Bob Weir, Mickey, Hart, Bill Kreutzmann and Phil Lesh. The band Celebrated 50 year’s of the Grateful Dead Dead, with 5 shows, 2 in Santa Clara & 3 in Chicago. The shows were called “Fare Thee well”, as this would be the final time the core 4 would play together.

Shortly after the shows, there were rumors that some of the members of the band were forming a super group. The news brought joy to Deadheads, that the band they love would still be playing the music they loved, so deeply. What they didn’t know was who was going to take on the nearly impossible task of replacing Jerry Garcia. Rumors also had Mike Gordon (couldn’t be in the band due to his busy schedule) from Phish replacing Phil on bass. The rumors would be confirmed in late August. The super group would be formed under the name Dead and Company. The band would consist of 3/4 of the core 4. Bob Weir, Mickey Hart, Bill Kreutzmann. The guys would be joined by John Mayer, on guitar, Oteil Burbridge (Allman Brothers Band) on bass and keyboard player Jeff Chimenti (Furthur/Ratdog).

Fans were stunned and critical of a pop singer joining the band and singing some of Jerry’s songs. However, after last years shows, Deadheads are singing a new tune. The band seemed revitalized and after a New Year’s Eve show in LA last year when Mayer, at the end of the final song saying the band would see them next year. Questioned critics, who thought this would be a one time tour.

Dead and Company’s 2016 Summer Tour, was held at a combination of stadiums and amphitheaters. That train headed North, for the final 2 shows of the Summer Tour. The first Northern California show, was at the Toyota Amphitheatre, in Wheatland,California. The crowd was in a festive mood being a weekend and the second to last show of the Summer Tour.. The venue (near Sacramento) was packed hours before the start of the show. The parking lots were filled with Deadheads of all ages.

The band hit the stage and started jamming into “Uncle John’s Band”. The band harmonized beautifully with Bob and John both taking turns at singing. The crowd was in a joyous mode when they went into “Tennessee Jed” with the crowed singing the chorus. “Easy Wind” was followed by another crowd favorite “Ramble on Rose.” Being born in New York City this song has always had a special place in my heart. Bob’s vocals were strong. The next song, “Row Jimmy” would normally fall into the slow jam category, but the song reaches a new level with Mayer’s vocals and guitar playing with Bob. “Looser” was up next with Bob handling the vocals. The first set ended with the band’s only hit single, “Touch of Grey”, with Bob and John taking turns on vocals. Once again, the crowd had a blast singing along. After finishing an amazing first set, Bob walked up to the microphone and said if you weren’t registered to vote you should head over to Headcount (you can register to vote here: https://www.headcount.org), at Participation Row and register to vote.

The Second set, started with another slow jam song “Lost Sailor’. The tempo picked up as the band played “Saint of Circumstance”. The crowd sang along to the lyrics “Sure don’t know what I going for, but I’m gonna go for it for sure.”

The band played “He’s Gone” originally written, about  the disappearance of Mickey Hart’s father, who was acting as the band’s manager, with a good deal of money. The song was famous for the two lyrics “Like I told you, what I said, Steal your face right off your head.” and “Nothing left to do but smile,smile, smile.” Next up was “China Cat Sunflower was followed as it should be by I know you Rider. After drums and space the band jammed into “New Speedway Boogie”, from the bands 1970 Album “Working Man’s Dead”, was followed by “Morning Dew”, another Jerry song, that Bob sang lead vocals on. The tempo picked up again with another transportation themed song. “Casey Jones”. The band returned for the encore with acoustic guitars and closed a magical night out with “Ripple”.

One thing is for sure. Anyone who thought Dead and Company were just another Dead nostalgia group and that John Mayer was the wrong choice, were proven wrong. Dead and Company is proof that not only will the music will never stop, it also has gone to new places for a new generation to enjoy. To purchase this show and the entire Summer Tour go here: http://livedead.co/live-music/0,14553/Dead-and-Company-mp3-flac-download-7-29-2016-Toyota-Amphitheatre-Wheatland-CA.html 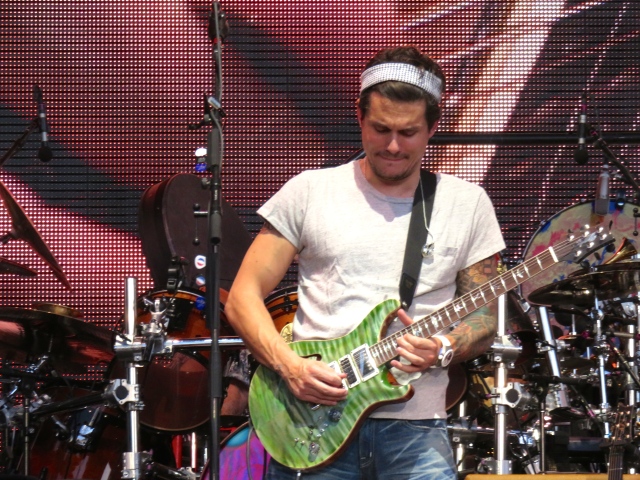 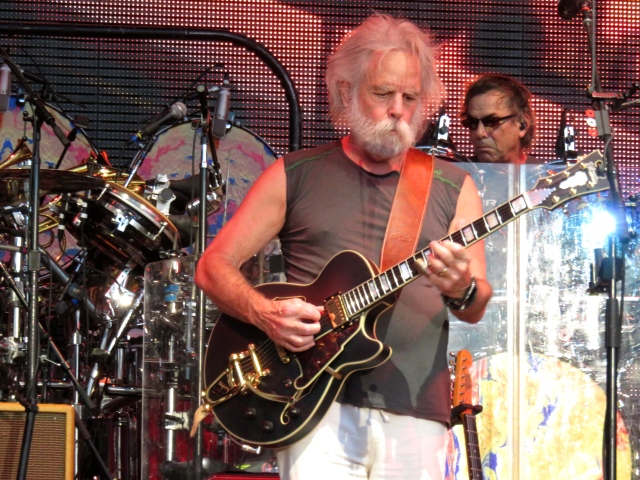